Yesterday I went over to the model shop hoping they had some of the new PSC Panthers or half tracks in stock. I scored a box of the Panthers to make a decoy Tank platoon for my soviets. Once again PSC has outdone themselves, while these aren't 100% what i would have wanted them to be they are another fine kit for a fabulous price. I myself like Zimmerit on my German tanks, while I know not all tanks had it and some people just don't like it I found myself wishing these had it. This is the only possible issue I could find with the tanks themselves and as its more a personal opinion as to what I like than it is a complaint. This box gives you 2 options which I don't believe are even available from battlefront, Panthers with no Zimmerit (if that's what your after) and the option to make a Auf G model. Another area where these shine is that they don't have the ball MG mount on the hull for the A and D model, Which my quick research tells me was more common on these models than the ball socket. However if you want to add it it would be very little effort to scrape off the MG hatch and mount the ball socket on to that hull.  Dam, I just admitted there is a benefit to plastic over metal / resin, don't let this get out as my reputation will be ruined.

Once again Assembly was a breeze. I did make one small modification to these however. I have taken to using magnets on my tank turrets lately and I regret not doing it with the last PSC tanks I built. I like this for 2 reasons, first the turrets stay with the tank better in the bag and second when one gets destroyed my smoke markers have little washers glued to them so they can stick to the magnets and not keep falling off the tanks.

All I did was super glue one under the deck before putting the tank hull together centered on the turret peg hole. Next I cut the peg off the bottom of the turret and glued a thin magnet in its place.


These worked out really well. I did use a thicker magnet in the hull so I had a bit more pull on it but I think a thin magnet may have worked just as well.

the next thing to do is get these boys painted up so they can start harassing some Germans.

Here are some shots of the sides and rear so you can see what detail is on these. 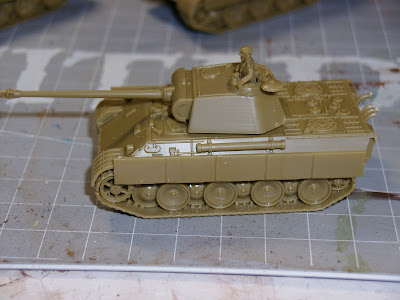 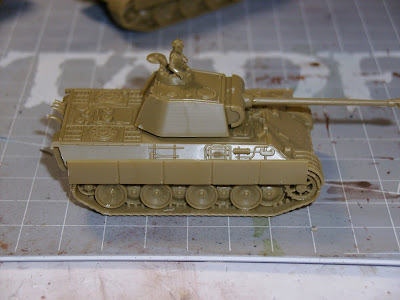 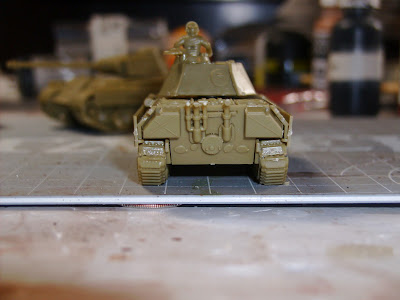 saw this today and just had to share it. its oh so true. 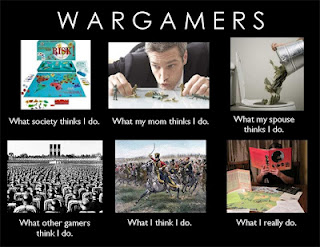 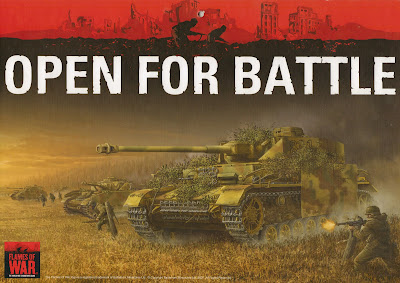 For the last year and a half I have been working hard to promote and grow the Flames of war community here in Central NY, it has been a long haul. We have had a small group of players playing consistently through this time and I was giving demo games to anyone interested. Some weeks I was playing 3 days a week in my efforts to promote the game, and while this sounds great in theory after awhile it gets to be a bit much.

Here in Syracuse we are lucky enough to have two stores which actively cater to the gaming community. Having 2 competing shops means that to reach out to the community as a whole means I needed to be active in both stores, so I finally began running games in 2 locations on a regular basis. Through out this month I have been there every Friday night running demo games as well as playing actively with one of my regulars. The interest level surprised me, I ran more demos in the last couple of weeks than I had in the last year and almost everyone has shown a very high level of interest. We have picked up 2 new players locally as well as a couple which are on the fence but close to falling onto our side of it.

The best part of all this outside of new players is the fact that the interest level has been high enough that the new store gave Flames of war an official night on their calender and now stocks Flames of war, while the stock is minimal for now, as interest grows and sales move along the stock will grow. Syracuse now has 2 locations supporting Flames of war, Play the game, read the story and Comix Zone both open for battle.

As a final note on this post, while the work to grow the community is not and will never be over this is a huge moment for me. As such I want to thank everyone who has been there by my side in one form or another. Thank you Randy for getting the ball rolling here initially, without your efforts I wouldn't be where I am with this now and Thank you Brandon and Jeff for being there week after week playing game after game.
Posted by Matt D at 10:33 AM 4 comments:

I have been rather lax on the painting font as of late, first I didn't want to do much while waiting for V3 of flames of war and second I got hooked on both minecraft and star wars the old republic. As far as the video games go, I tend to get excited about them for a week or two then get bored and go back to my miniatures games be it playing or painting, so on that front I am good for awhile. V3 being released and the new rules in hand I have not only played a few games under the new rules I have also been getting back into the painting groove now knowing what I want to be using in upcoming games.

One of my favorite changes is the air support rules, I have always liked using air but it was hard to find the points for something so unreliable, but when they work boy do they work. I used Stukas a lot in my early days of playing, I loved them, my opponent hated them. He hated them so much he started taking priority air just to drive mine off. I rather like the new air support rules, first off one plane on the table, this effectively adds 6" to your wave off distance from behind as before multiple planes deployed 6" behind you off to your sides, big improvement in my mind. Second they range in automatically if the target is not in cover, either your opponent learns to use cover more effectively or he is toast. Of course now you only get one attempt to range in if they are in cover but this is unmodified, so you only need a 4+ to get that range in on a veteran unit that is concealed and gone to ground. So even the bad part of having one range in attempt has a silver lining in there (sort of).

While there may be better uses of my points much like there was in V2 I will for now at least be trying to fit air support into my soviet lists, at least until I get a proper artillery battery completed instead. so now I will shut up and share my completed Il-2 Sturmovik. 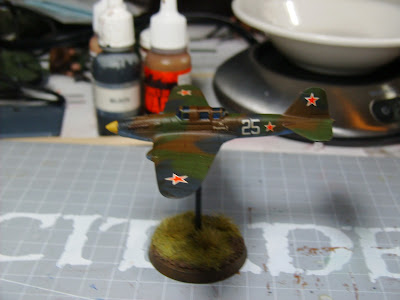 I am not 100% happy with how this came out and as it is one from one of the battlefront 3 plane boxes I may do another one and try to get a better result. For now anyone pulls their panthers or tigers out into the open is going to have a very bad day.

Next up i should have some SU-85m's completed soon as well as customizing a turn counter for FOW.
Posted by Matt D at 4:49 PM No comments: