We completed our escalation league yesterday. I had originally wanted to run some AAR's from the league but found it difficult to keep tabs on what happened in the games, at some point I will make a point of playing a game for an AAR just to see how well I can do it. The real news from the league is that the majority of lists in the league were Armor lists, there were 2 Infantry lists both of which struggled at low points. The league was predominantly new players or players who had played in the past (mostly version 1 I believe). Early on at low points the armor lists were running right over the infantry lists, but as the infantry was able to add A/T assets the tanks began having a rough time. British 17pdr guns were pounding tanks left and right! At one point I did bring the cheese supporting my Panzergrens with brumbars and the last couple of games I brought out my rarely used Panther platoon, this gave the armor players a difficult time. The 2 infantry lists, my Panzergrenadiers, and a company of British rifles, came out in first and second place.

I would like to thank Randy for the time and effort he put into the league, without him this would have not happened and Syracuse, NY Would still be a FOW dead zone, I would also like to congratulate him on Taking First place and without a doubt showing that Infantry can win the day!
Posted by Matt D at 12:11 PM No comments:

This is way off the normal topic but I just dont care. I love old cars, I sadly have sold my baby, a 1967 ford fairlane 500. Replacing her is a 1974 Dodge Dart Swinger. This all original car was just way too good to pass up.

I promise to have some FOW up in the next few days, I have a king tiger almost done and some panthers in progress as well.

Email ThisBlogThis!Share to TwitterShare to FacebookShare to Pinterest
Labels: cars

I took the camera outside and got some pictures in good light. I really need to find a better indoor photo setup but who wants to spend money on that when there are so many more minis to buy! 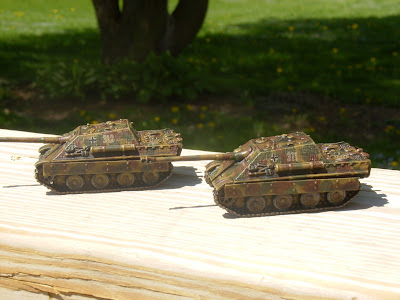 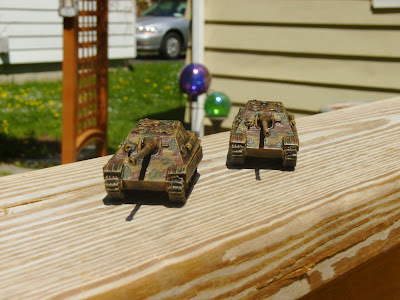 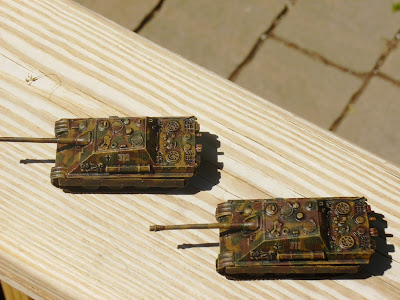 Finished the jagdpanthers today. these have been sitting on my shelf half done for I think almost 2 years now, I really like the models but its hard to push myself to finish something until I want to use it. Now that they are done finaly I am wondering if I will use them or not, oh well.

I took a bunch of pictures but my camera hates me and only one came out decent. 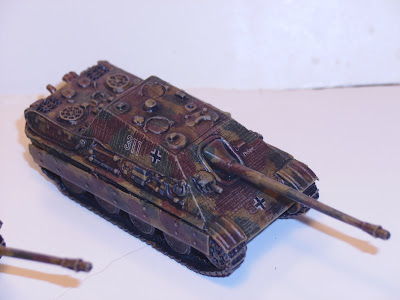 Our league here is coming down to the last couple of games. Running German infantry against mostly armor lists I have been hurting for AT support at the low point levels, now the points are in my favor and the question is which variety of overkill shall I take? 3 panthers and 3 Brumbars or 2 jagdpanthers and 3 stugs? yes it might be a bit overkill but who doesn't enjoy just a hair of overkill now and again. so I put it to you all out there to help me decide, tell me what you would take and why.

This thought also gave me an excuse to finish up the last bits on my Jagdpanthers, photos shall be up soon.
Posted by Matt D at 7:04 PM 3 comments:

It has been said that I have too many different hobbies, and its true. I not only paint minis build models and play games but I also have a classic car and a militaria collection to keep me occupied and my wallet empty. Today I went to the NYS militaria Collectors Association show. I Collect about anything from the second world war and earlier with a strong focus on WW2. Today I picked up a small grouping which consists of a single dogtag a marksmanship badge (with rifle tab) and a combat infantryman's badge.

Its a nice grouping of fairly common items but having them all come from the same GI makes a nice set.

I also picked up a German Wound badge, this is similar to the U.S. Purple heart and came in 3 grades depending on the number of wounds received in combat, they came in Black, Silver and gold.

This is the post 1942 version of the silver wound badge, it is cast in a whitewashed zinc. it looks darker in the above picture than it actually is.

And finally I picked up a Tin of 50 German Atikah Cigarettes which is still sealed, its an odd item but I doubt I will ever see another and I just couldn't pass it up. 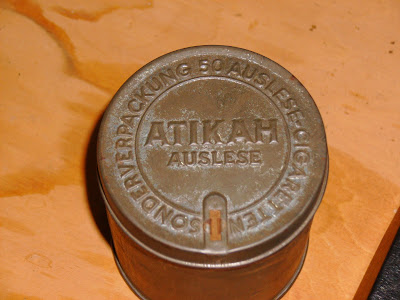 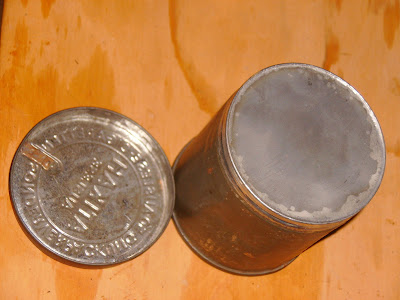